ChelseaBoy is the self-created superhero alter ego of Brian van der Heijden, born in Helmond, who uses their drag to explore topics such as gender and identity together with his audience.

As ChelseaBoy, Brian takes audiences to higher spheres through live performances full of futuristic influences, combined with nostalgic music from the 80s. Unlike many drag queens, ChelseaBoy uses unconventional materials in their costumes and wears bald caps in addition to wigs, prosthetics and handmade head sculptures.

ChelseaBoy is a chameleon par excellence, or in his own words a “Gender Hybrid”. 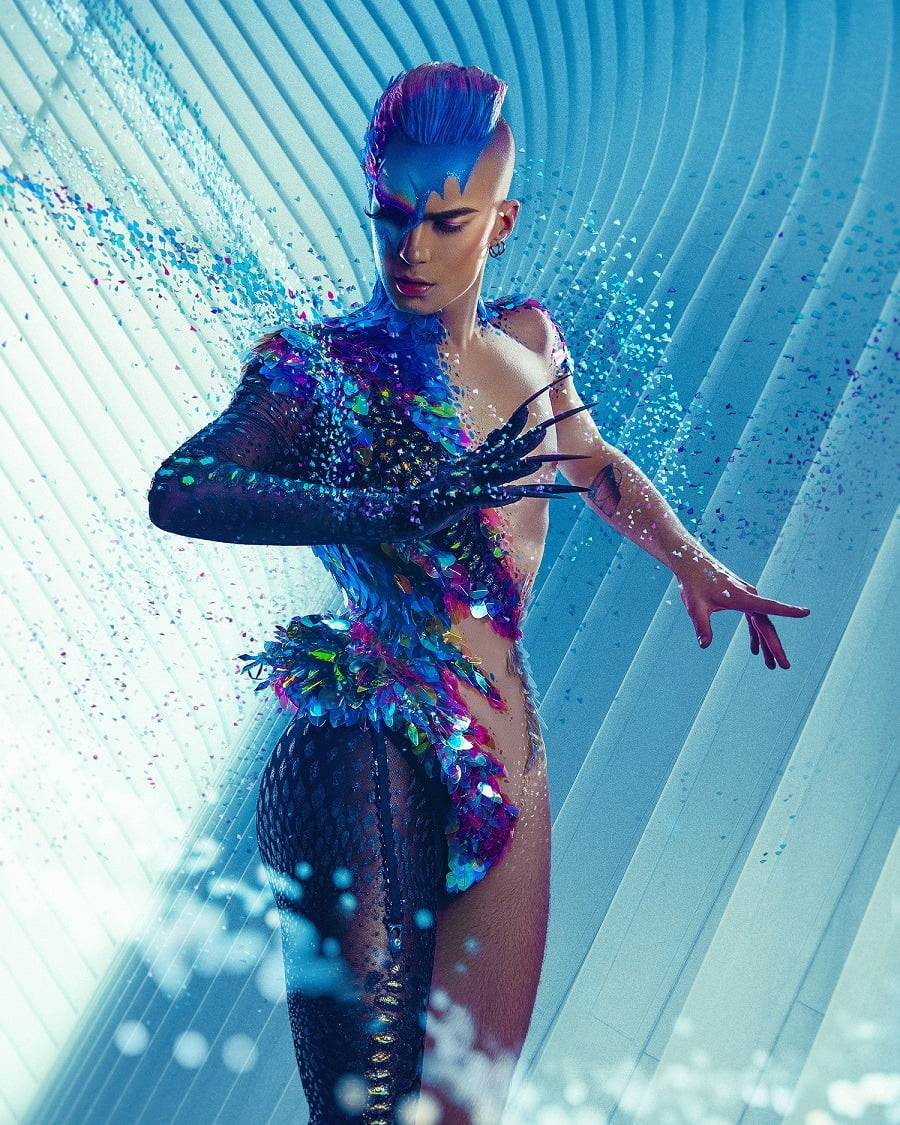